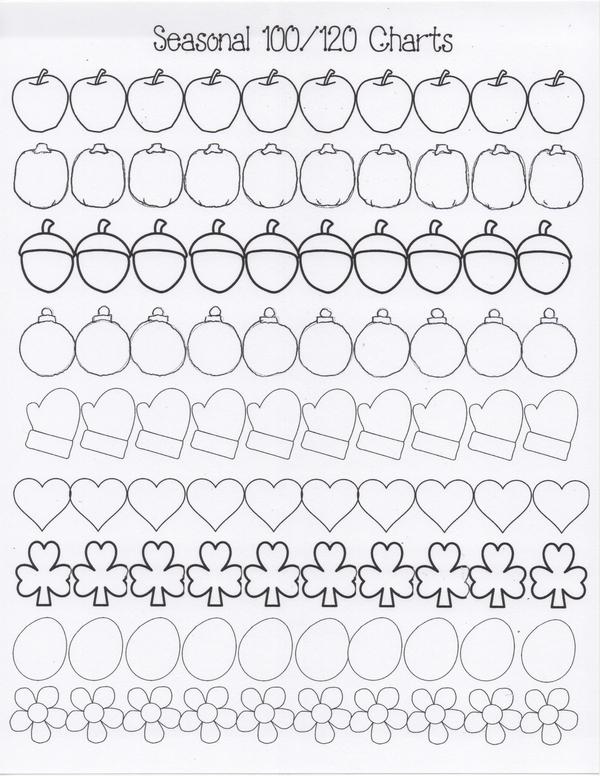 You can also play games with the strips.  Make a master template with the numbers written in.  Laminate and then cut them into strips of 10. Play "I Have; Who Has?"  i.e "I have apple strip 1-10; who has the next strip?"

Have students take a strip out of the bag.  When they are called upon they give the number that their strip starts with and everyone starts counting +10 from that beginning numbers.

Have children cut the strips and then glue them into one long consecutive strip. Have them guess'timate how long their strip will be and then have students measure their strip with a ruler.

When students are writing numbers, have them write the 10's column in red, so that they can later easily count by 10's.  Remind them that 10's have that many 10's for their first number and 0 ones for the second number.

More in this category: « Lincoln and Washington I Spy A Letter Make An Effort Poster »
back to top