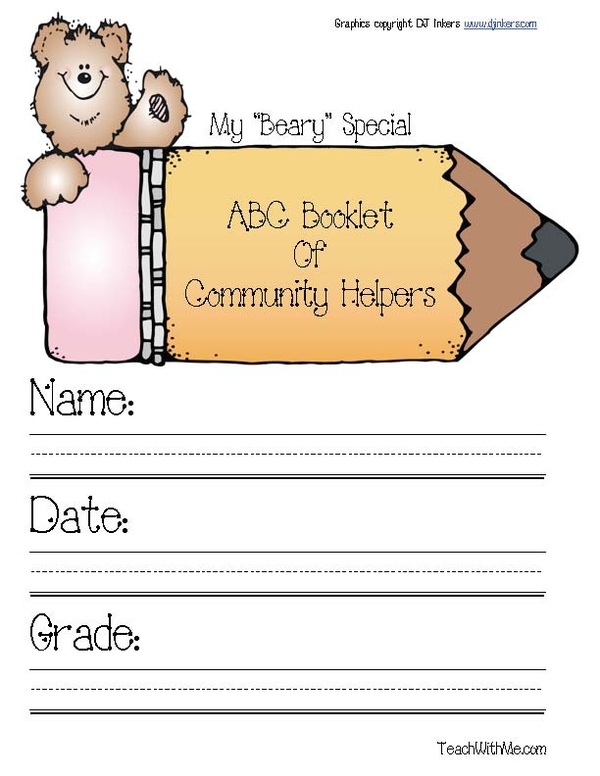 If you need an alphabetical list of community helpers for your little ones to choose from, be sure and check out my Community Helpers List From Astronaut to Zookeeper, where I list over 300.

If you don't study community helpers as a theme, but want to make an alphabet booklet using other words, I have also included a generic alphabet cover and first page.

More in this category: « Volunteer Thank You Card Community Helpers Class Books »
back to top