1-2-3 Come Make An Alphabet Wheel With Me 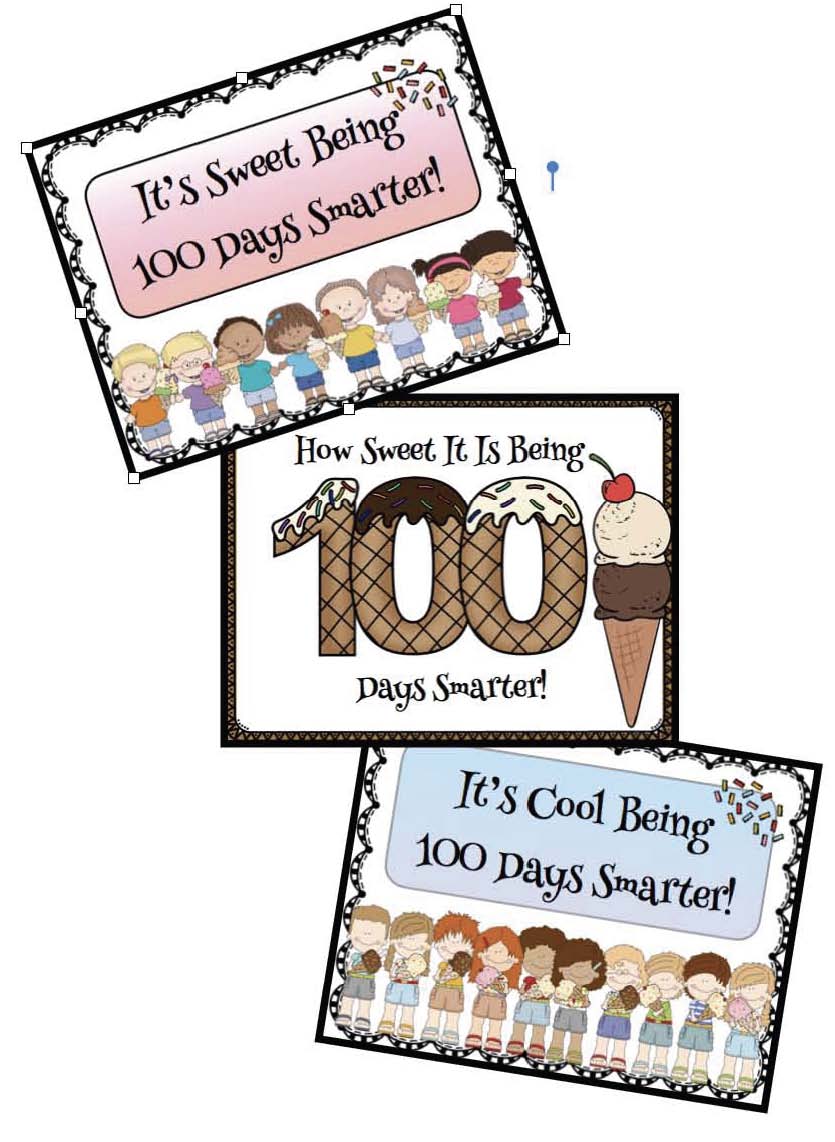 Alphabet Wheels are a quick, easy & fun way to practice letters, and build the vocabulary needed to give an example of a word, with that beginning sound. 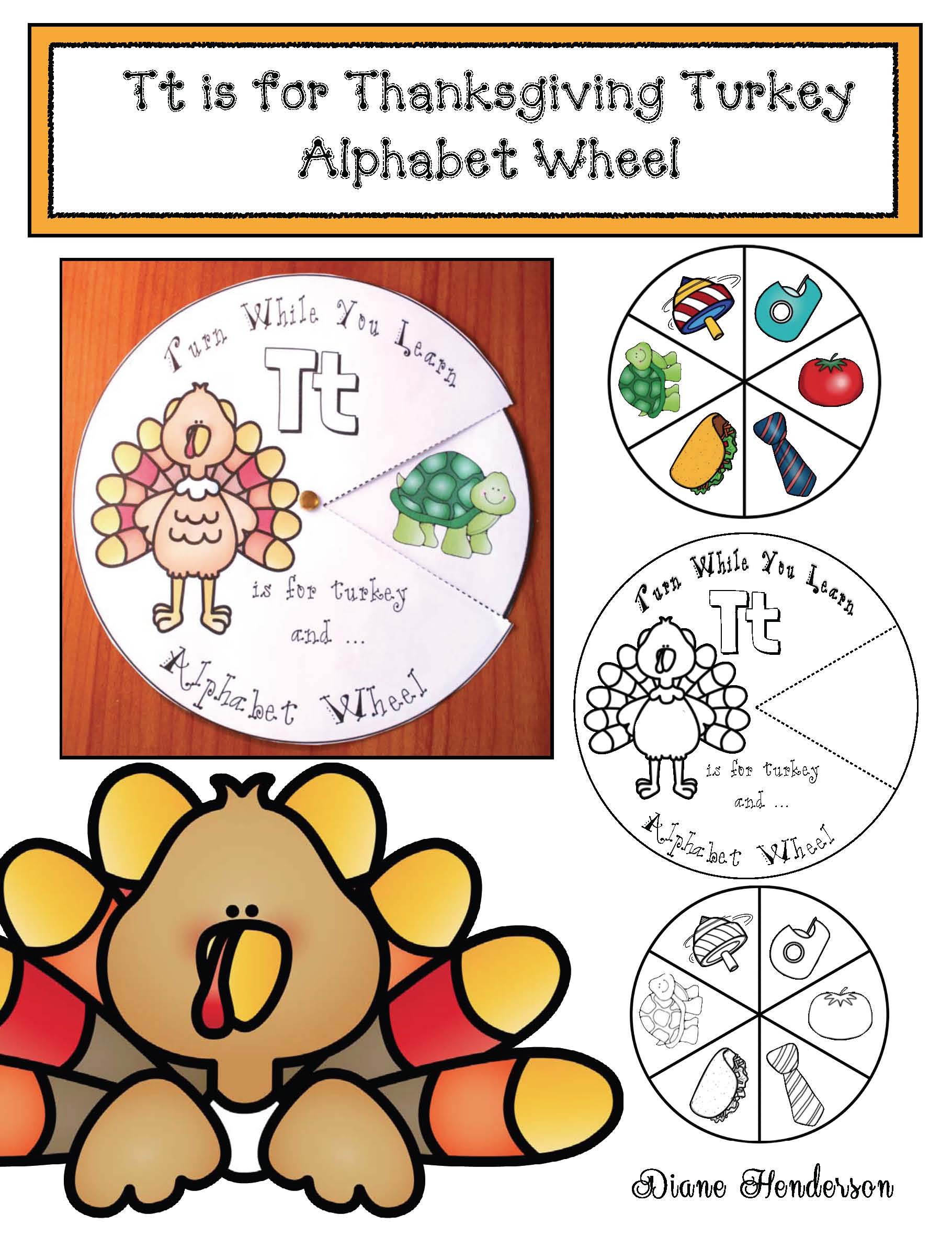 They feature 7 nouns that begin with that letter, and come in black & white, as well as full-color, so that you can use a colorful one for an independent center and use the black & white pattern for a whole-group or individual word work activity, where kiddos make their own.

Alphabet wheels are perfect for letter of the day/week activities.

I've also tried to use popular themes so that you can revisit the wheels or feature them with your apple, leaves, gingerbread, turkey and snowmen etc. themes.

Another idea, after children have gone through the entire alphabet, is to have them make their own alphabet wheel that starts with the first letter of their name. 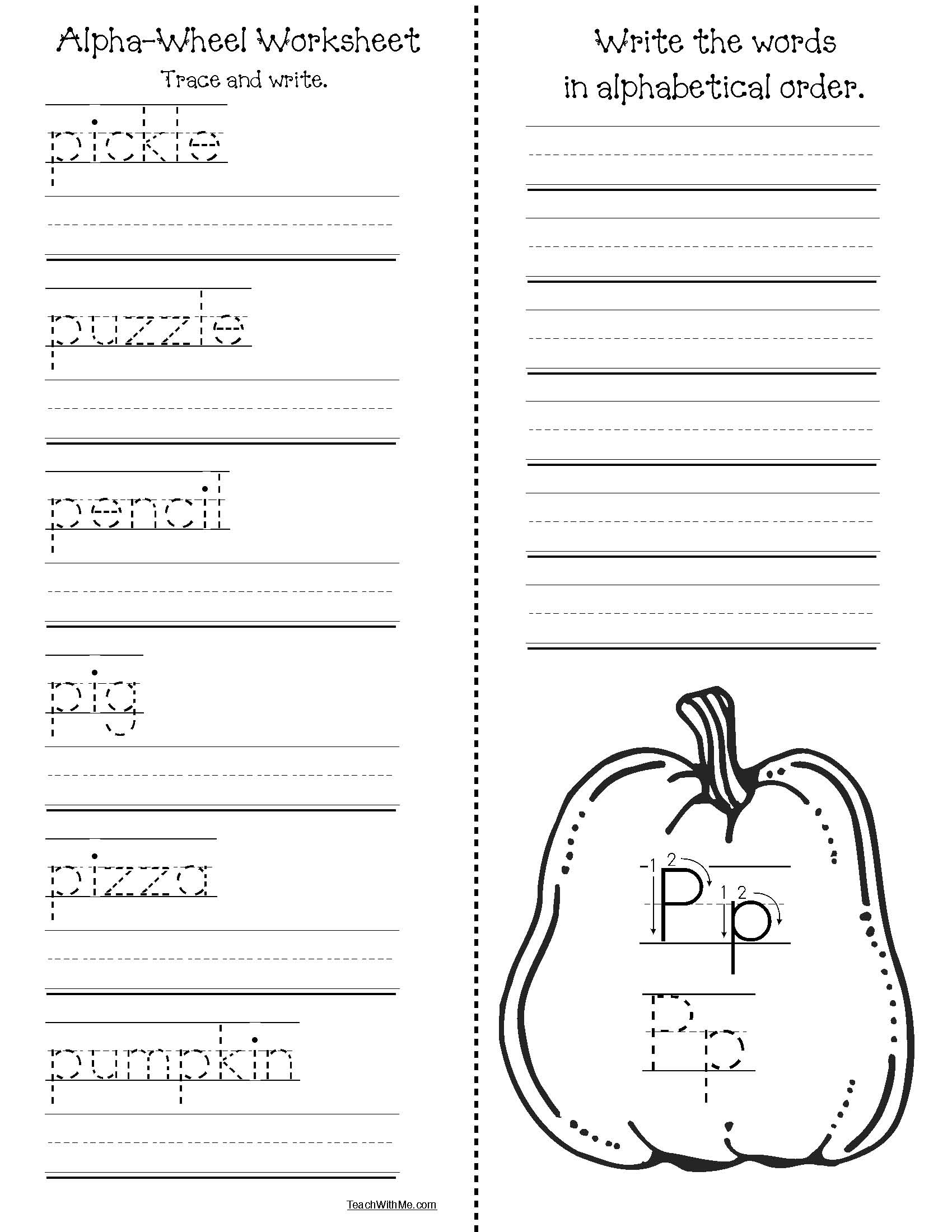 On the back of the wheel they can write the other picture words along with their name: “Kk is for kite, key, kangaroo, king, koala and Kaiden!”

I've also included a worksheet where students trace & write the words then put them in alphabetical order. 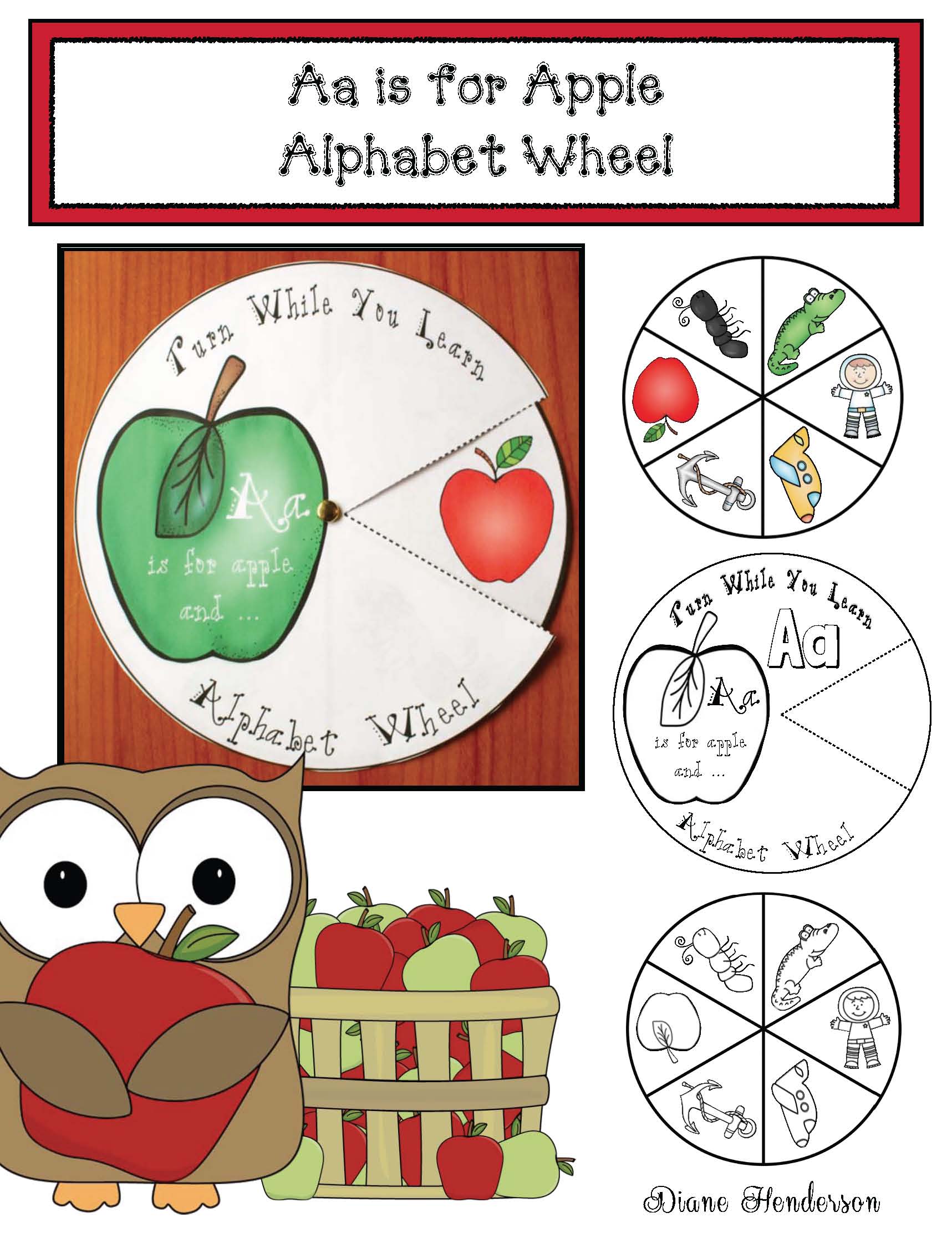 So that you can give them a try, the first alphabet wheel, "A is for Apples and..." is FREE.  It's today's featured freebie as well. 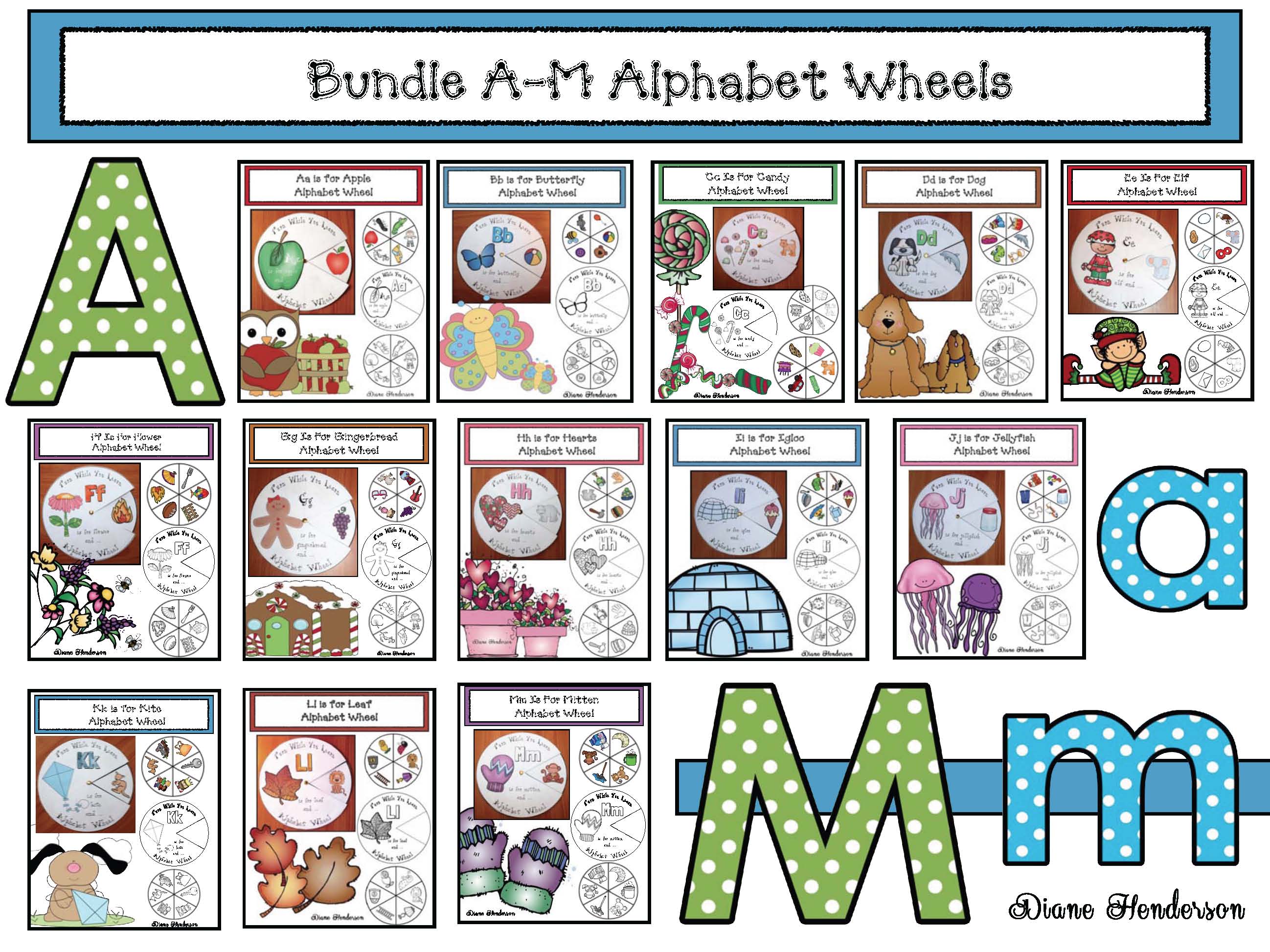 I had a request for "bundling" the alphabet wheels.

I’m always happy to bundle up packets particularly for the alphabet, so you can get a nice price break and save more. 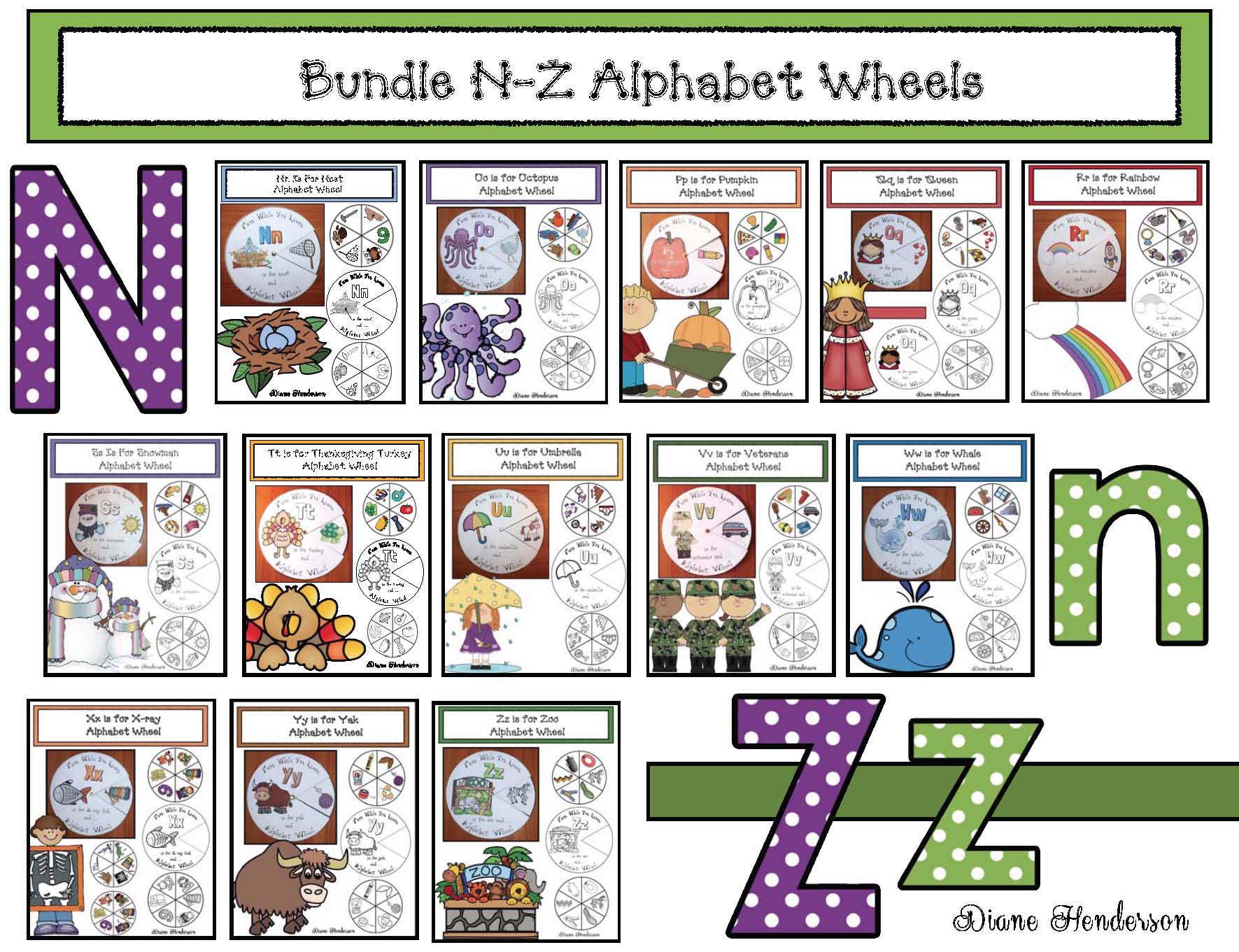 I’ve bundled 13 alphabet wheels A-M together, then another bundle for the rest of the letters N-Z., so instead of being a dollar each if bought separately, they are now only .50 cents.

We've been having some chart-topping temps again for September, so it's time to go water my garden.

Wishing you a happy-go-lucky kind of day.

"Be a rainbow in someone's cloud." - M. Angelou

More in this category: « Slide Into Learning Quick Easy and Fun Constitution Day Activities »
Login to post comments
back to top