1-2-3 Come Do Some Pirate Activities With Me

I've had several requests for some pirate-themed activities, so I thought I'd putz with designing some that would help reinforce upper and lowercase letters. 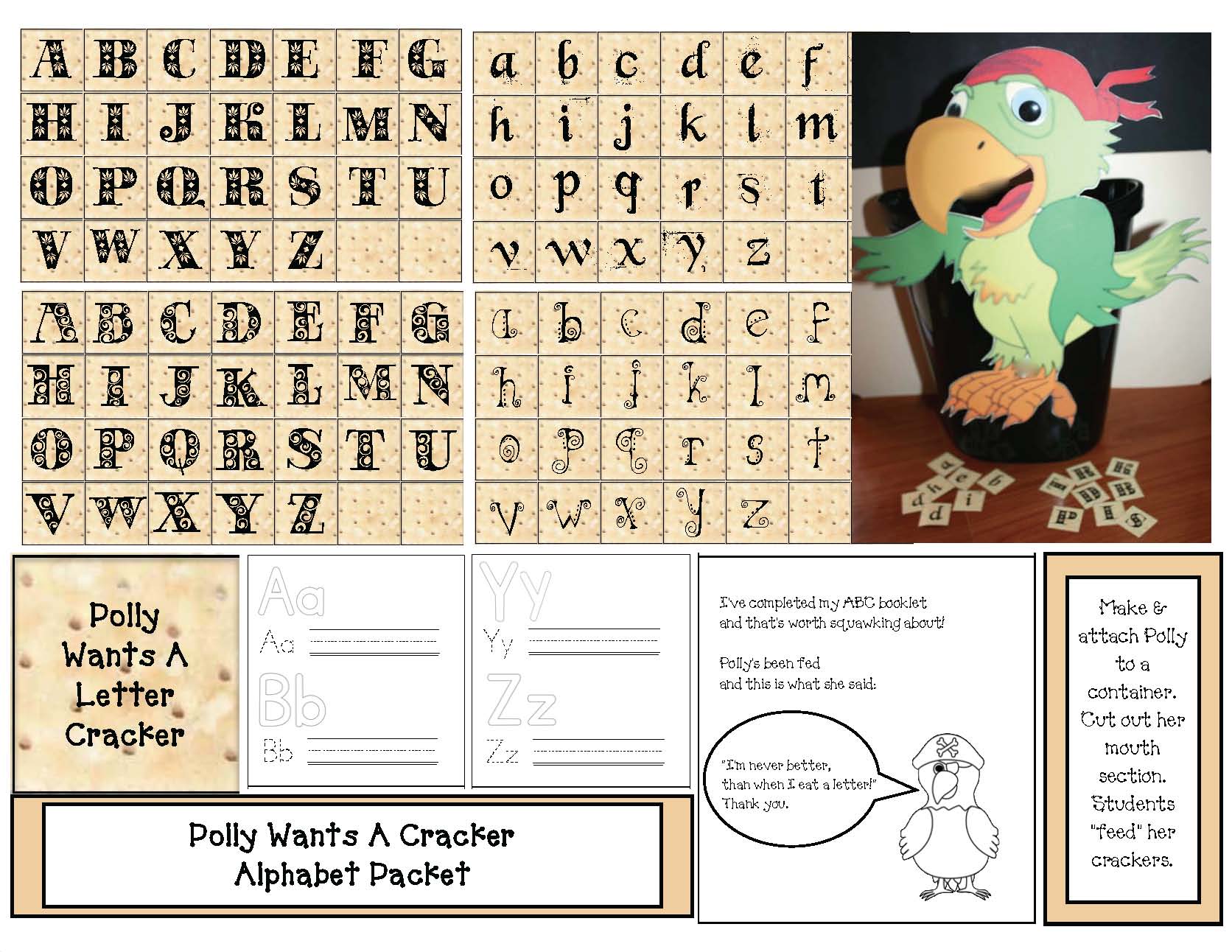 Did you ever decide to do something that you thought would take a few hours and all of a sudden you whiled away so much more time?

That's what happened with the Polly Wants A Letter Cracker packet.   It's three days later, and I'm finally done working on it!

Here's how to use the packet:  Print off  Polly's body parts, trim, glue them together and then laminate.

Cut out her mouth, to make a nice opening for your kiddos to "feed" her letter "crackers". 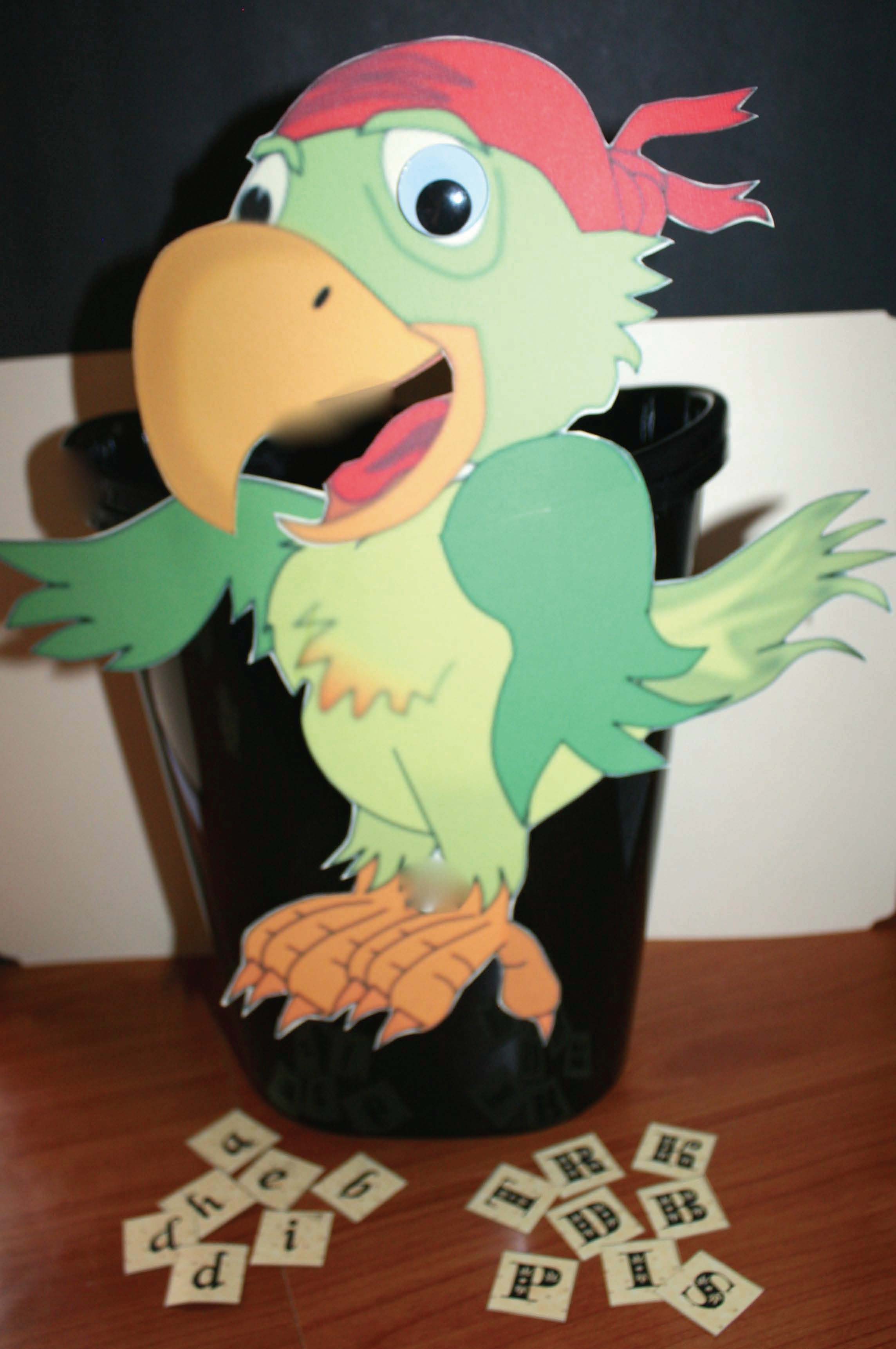 I perched Polly on a very small wastebasket that I bought at The Dollar Store, so that when students "feed" her, the crackers will drop into the basket.

Print, laminate and trim the upper and lowercase letter "cracker" cards.  Pass them out to your students. 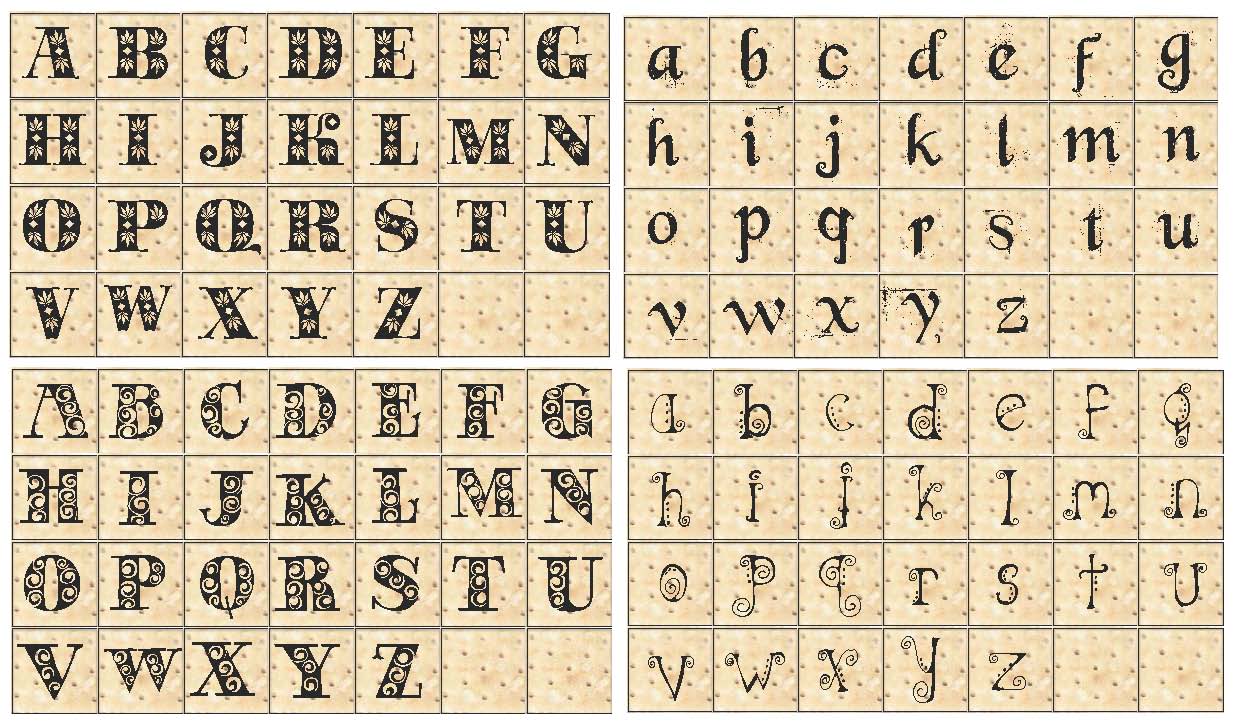 So that you'll have more than enough food for Polly, I designed two different sets of uppercase letter crackers, plus two sets of lowercase ones.

These could also be used for Memory Match, or "I Have; Who Has?" games.  There's a tip list of other ideas in the packet as well, including a Kaboom game.

You can call for the "crackers" in alphabetical order, sing the ABC song, or read a pirate alphabet book. Whatever letter you come to, have those students feed Polly the upper and lowercase letter crackers. 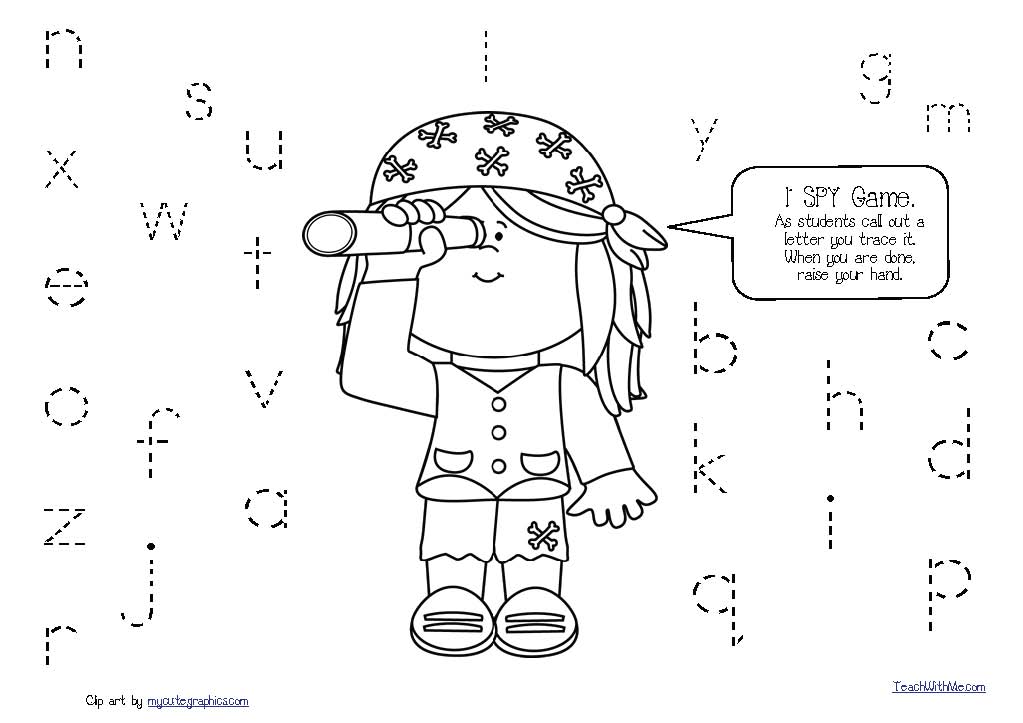 For even more review, the packet has a variety of pirate-themed upper AND lowercase alphabet worksheets, like "I Spy a lowercase letter" game.

After students have practiced, you can assess their knowledge.

I've included a variety of alphabet assessment activities, such as the "Spy some letters" assessment mat.

A nice activity for your Daily 5, is the Polly Wants A Letter Cracker ABC booklet, where students color, trace and write the letters.

Have older students write a word that begins with that letter.  To make this more of a challenge, have them use a pirate word or phrase.

To help you with this, I spent several days reading a few pirate books and lots of pirate articles about the history of pirates, real pirates, places they went, their treasure and adventures etc.  This helped me to compile an alphabetical list of pirate words and phrases. 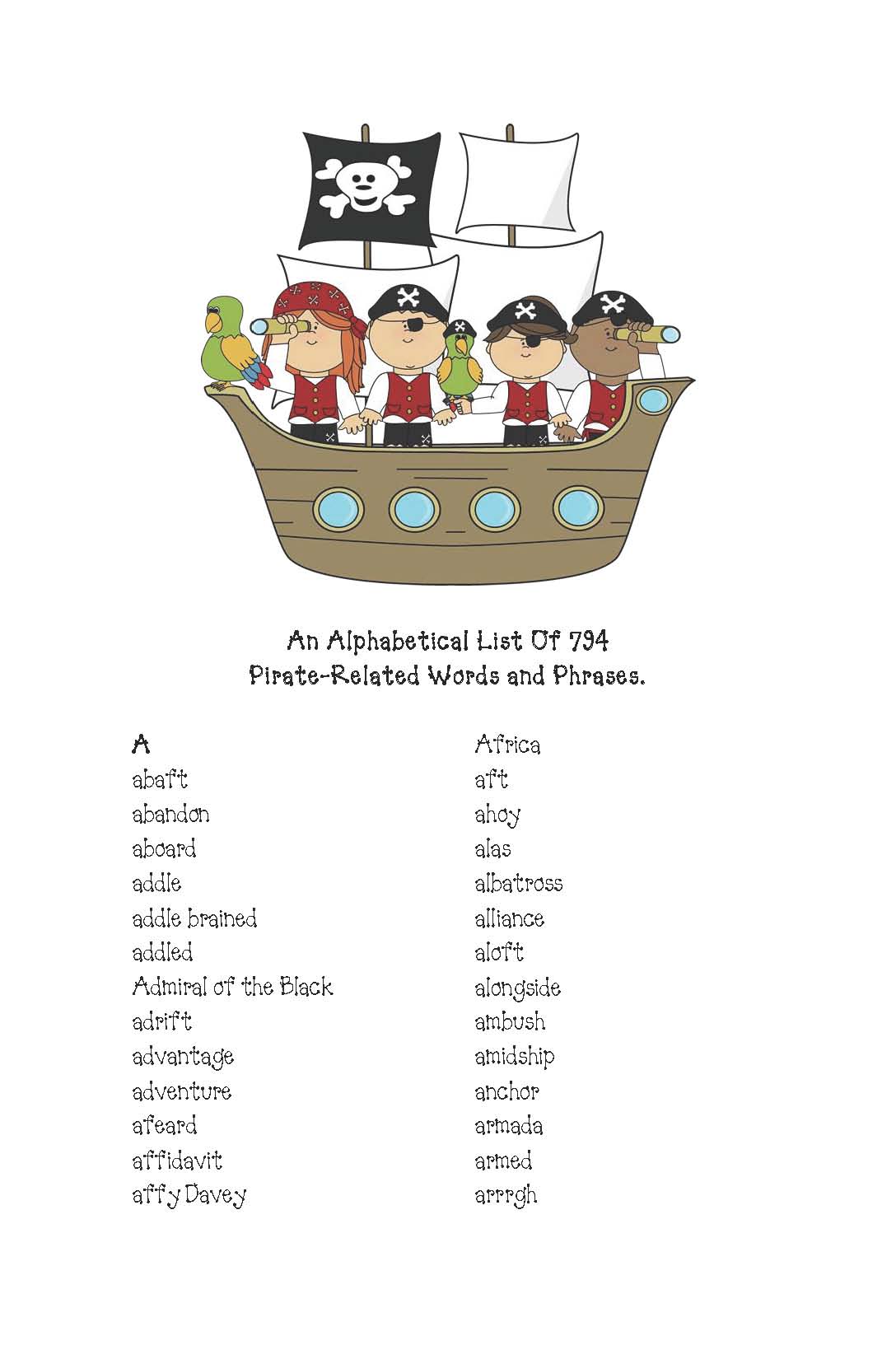 With the aid of lots of "Talk like a pirate" sites, as well as nautical jargon dictionaries, and all of the above resources, I came up with 794 words and phrases related to pirates, and included this list in the packet.

I really enjoyed learning a lot of new pirate vocabulary and trivia, that's now buzzing in my head with some future ideas... 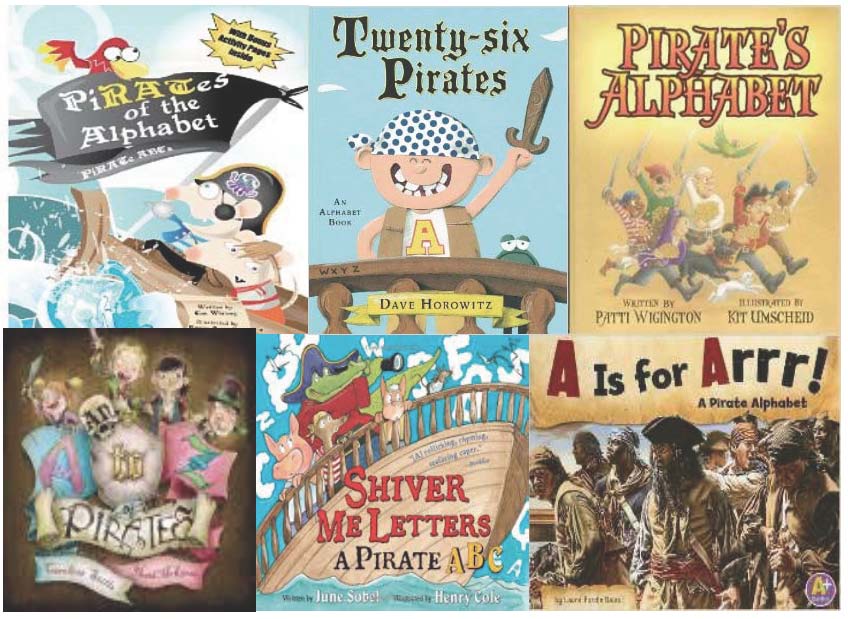 While doing that research, I came across several wonderful pirate alphabet books, perfect to read before and/or after feeding Polly.

If you're into Aps you may also like Pirate Phonics: Blackbeard's Alphabet.  It's $1.99  There are also a plethora of pirate songs and short pirate video clips on YouTube.

"A merry life and a short one, shall be my motto." -Bartholomew "Black Bart" Roberts

More in this category: « Alphabet Activities Pirate Activities »
Login to post comments
back to top