1-2-3 Come Do Some Grandparents Day Activities With Me

In 1978 President Carter made Grandparent’s Day an official celebration. This year marks the 40th anniversary of the holiday.

Although it’s celebrated the first Sunday after Labor Day, I like to plan some sort of grandparent activity later in the month, when my students have gotten used to the routines of school; before we invite grandparents for a fun-filled hour with their grandchild.

Because even a celebration has to have some sort of educational activity, I designed several items that fit the bill. 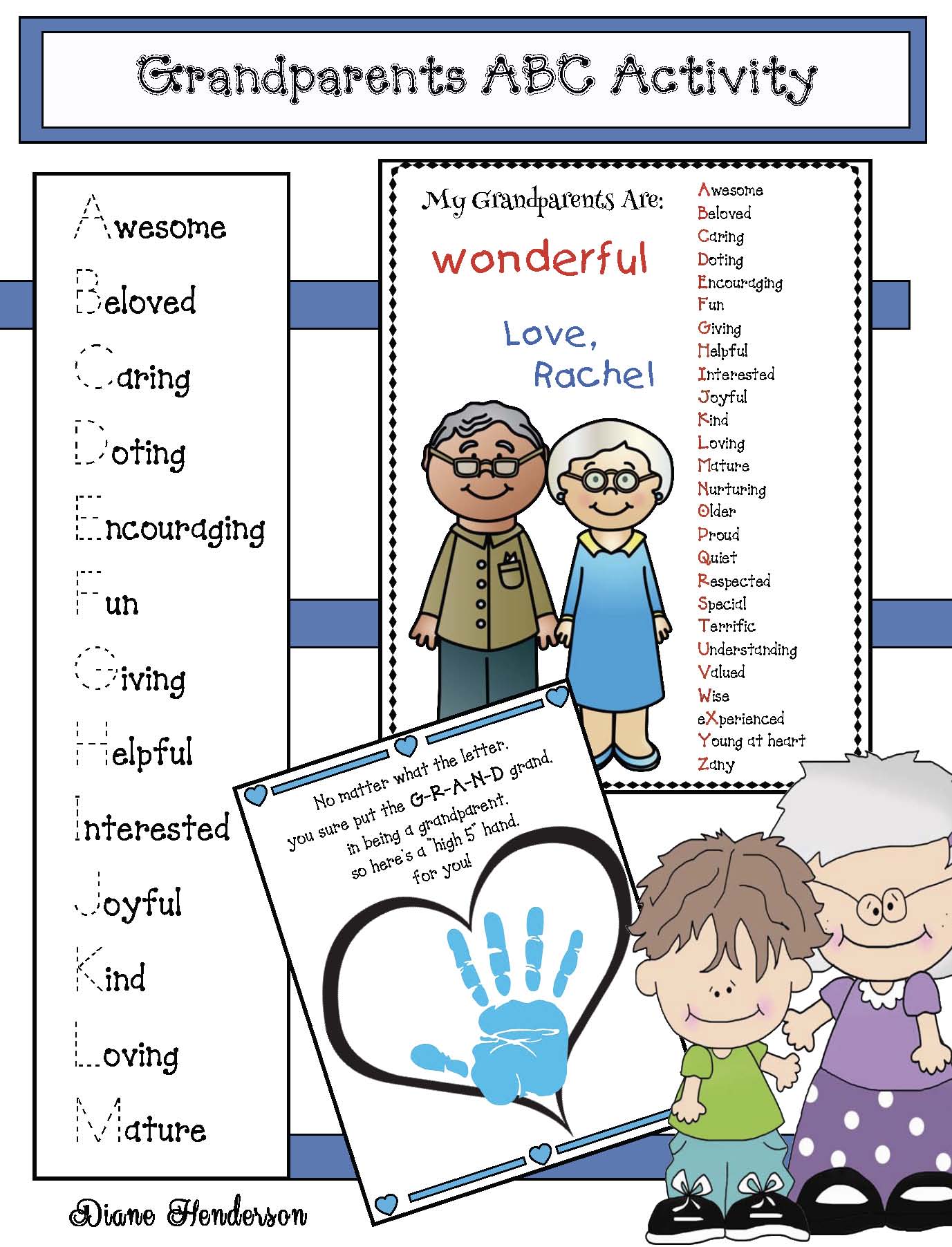 First up, “ABC My Grandparents Are To Me…” which includes an alphabetical list of adjectives that describe grandma and grandpa. Such as, A is for awesome.

Besides reinforcing letters, this activity is also a great way to build vocabulary.

The packet comes with several alphabet worksheet options, to fit the various needs of children: One for grandparents, a separate one for grandma, as well as grandpa; plus a fill-in-the blank one, so children can write in someone else, if they don’t have grandparents. 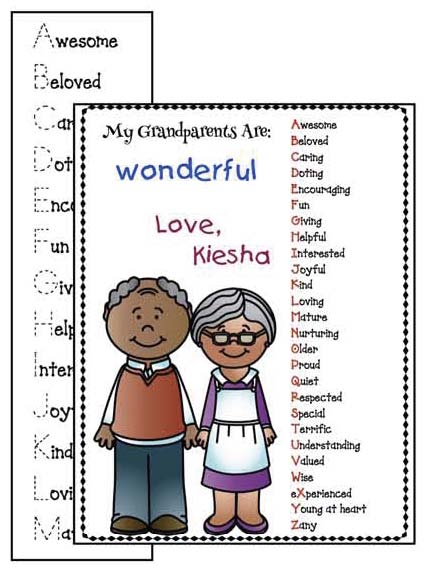 Besides these versions, those options also come with and without graphics, so that children can either draw their own picture, or simply color the graphic. 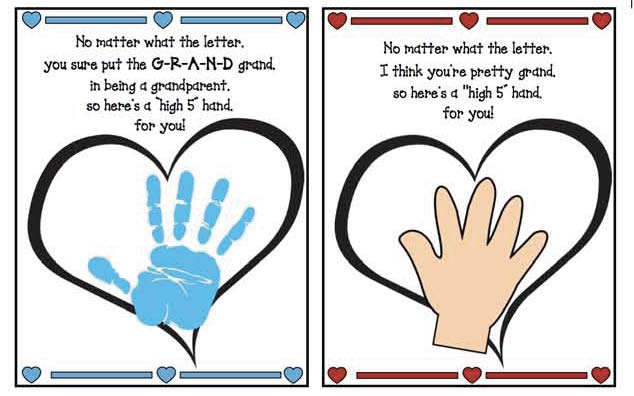 This can be done before  your special day, or do the ABC page ahead of time, and save the handprint craft to do with your students' "grand person".

Handprints can be made with paint, or paper, which is less messy, but tracing, cutting and gluing takes more time. 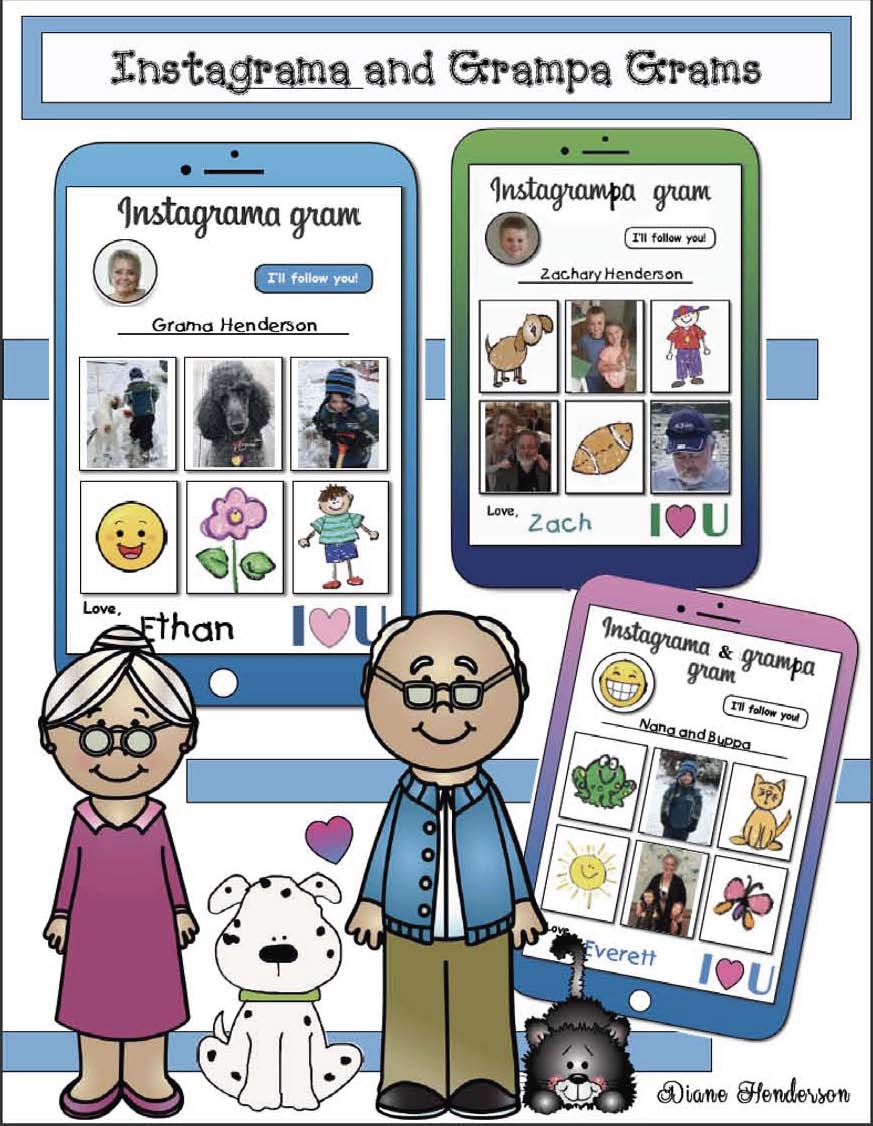 Next up is a super-fun Grandparents Day craft that I call Instagrama & Instagrampa Grams.

For those of you who follow me, you know that I love diddling around with "play on words", so I had an absolute blast designing this Instagram-inspired craft.

The prep is easy-peasy “print and go”.

The phone pattern is a full page, with just six, nice-sized rectangles, which provide enough room for drawing and coloring, without being overwhelming.

There are several pattern options to fit the needs of your students:one for both grandparents, another for just grama, as well as a separate one for grampa; plus a generic one, for those kiddos without grandparents. 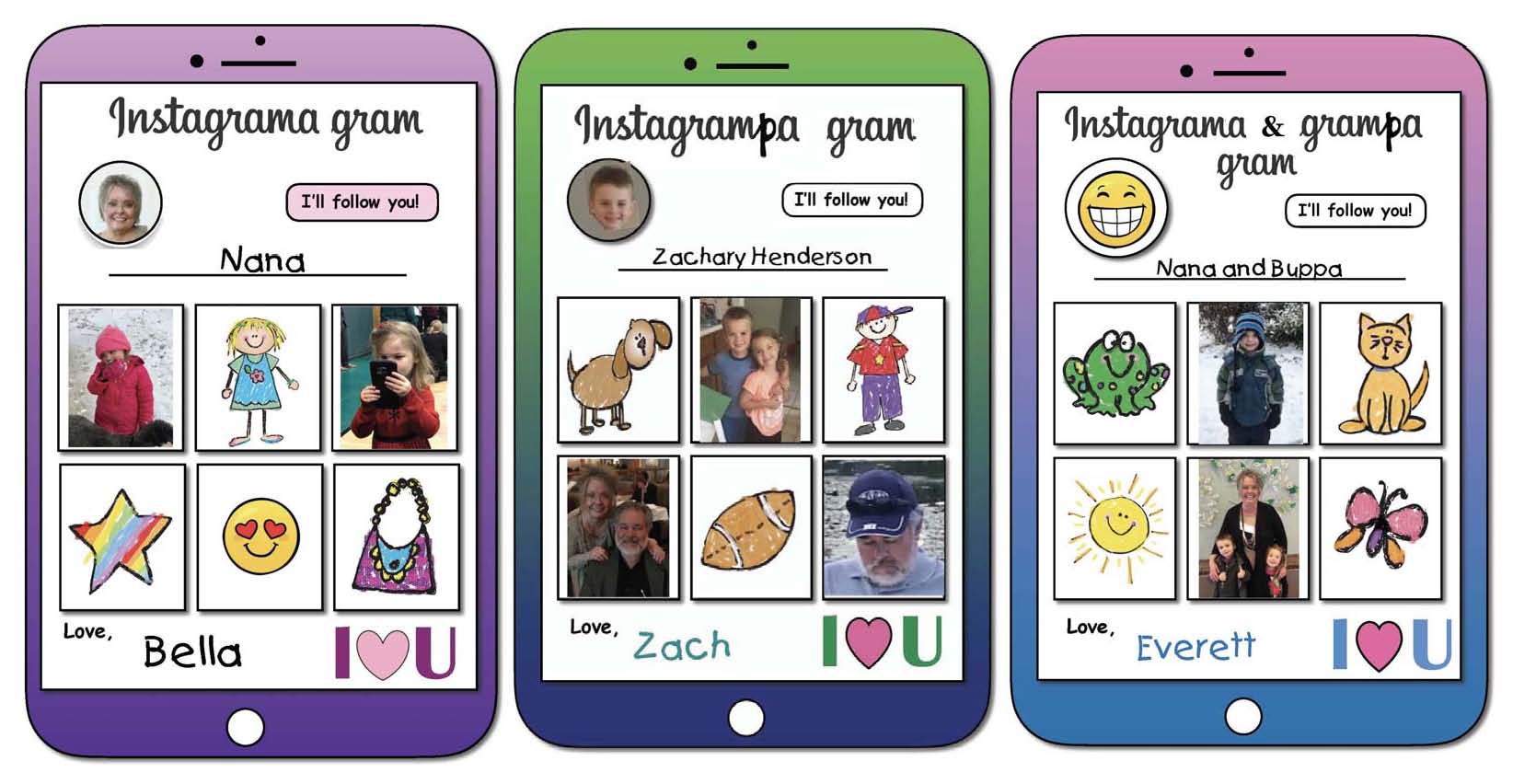 Children can “post” a picture to their “grand person” by cutting and gluing a real photograph (perhaps their school photo) to one of the rectangles on their “phone”, or drawing a picture (perhaps of themselves or grama/grampa).

I’ve also included a set of small pictures for children to color, cut & glue inside the boxes of their paper phone.

I chose this particular clip art because it looks like it was drawn by a child. 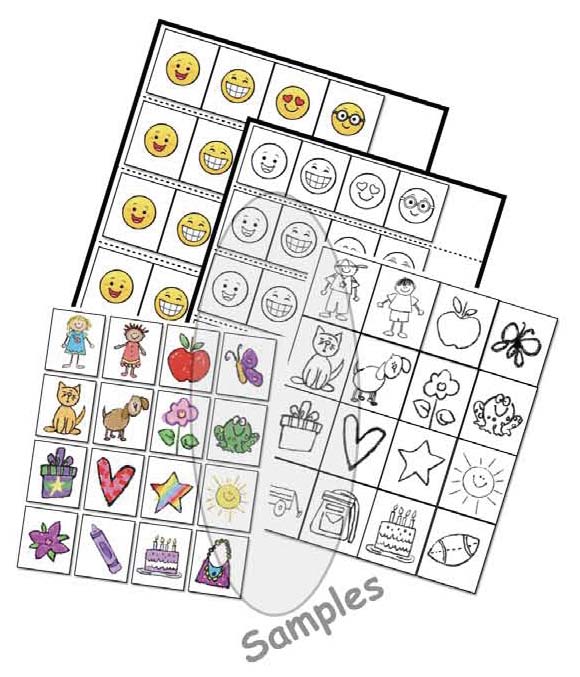 There are 16 graphics for them to choose from. A set for boys, and one for girls.

Students can design their phone anyway they want, or you can give them guidelines; such as, include at least one photo, one drawn object, etc.

There’s also a set of 4 Emoji faces. Children can choose one, and glue that to one of the empty rectangles too.

As always, I’ve included full color options for teachers, so you can quickly and easily make an example to share, as well as black & white for students. 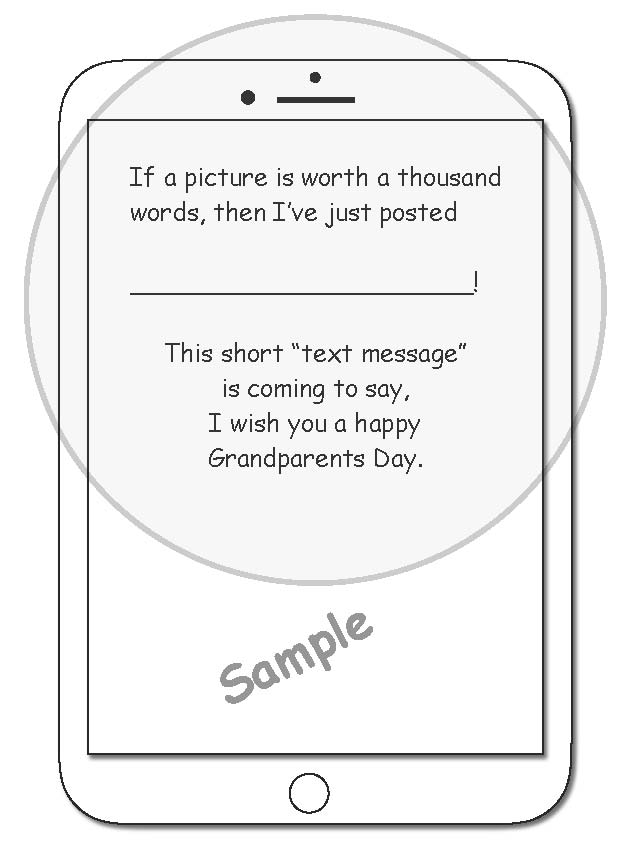 There’s also a second page option if you want to add a bit of writing, rhyming and math to this craftivity.

Ive included a pattern for grandparents, as well as one without the text message, so students can write something to another person.

The card can be done as a fun homework assignment, completed in class, or done during your grandparents day activities. 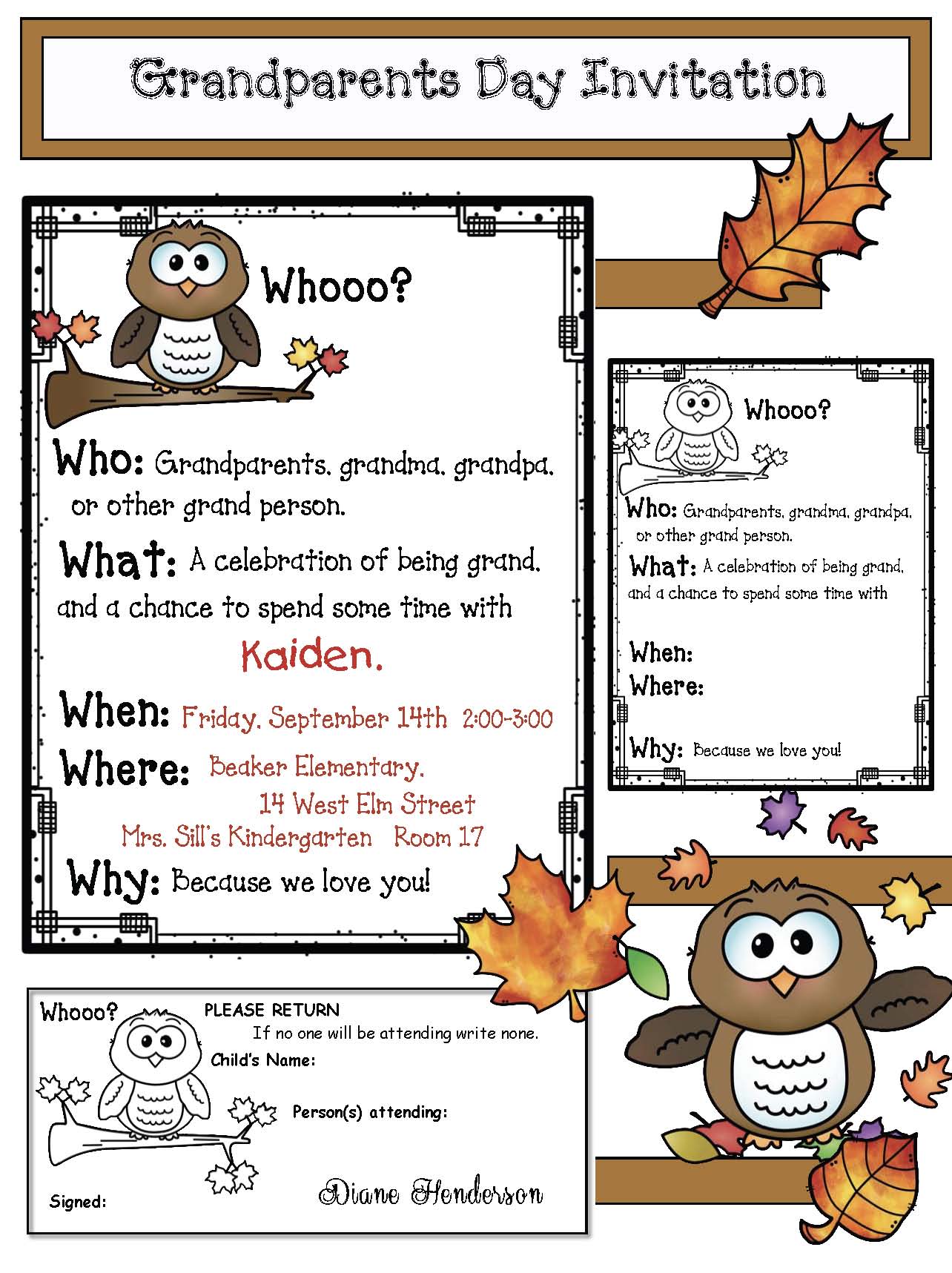 I thought you might like a time-saving "print & go" invitation, which your students can color and fill in, then take home.

It's a fabulous 68 degrees, and I'm so loving the cooler weather. Really energizes me!

I'm so ready to bid adieu to summer heat and am really looking forward to the awesome colors of fall. 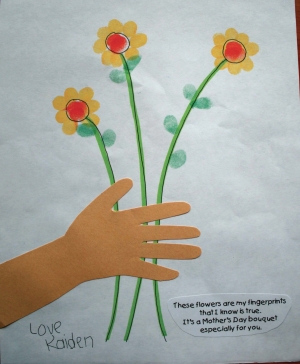 Make this sweet Mother's Day bouquet as a special keepsake.  This is a special FREEBIE in my TpT shop.  Click on the link to grab yours today!